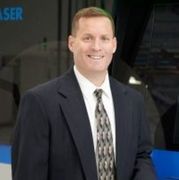 Matt Donovan leads implementation of Metal AM at Jabil, supporting Aerospace and Defense AM at Jabil’s facility in western Colorado as well as supporting medical AM implant production in Albuquerque NM. He currently is working at standing up AM production and qualifying multiple systems. He is Vice Chair of ASTM F42 committee for standards in AM technologies and has co-authored numerous standards and publications including ISO ASTM 52911 Design Guide for Metal Powder Bed Fusion.

Prior to joining Jabil, Matt worked at Oerlikon AM US and United Technologies as Principal Engineer. Matt worked at UTC in several roles for 20 years, establishing several AM centers focused on developing metal AM for superalloys, advancing TRL/MRL of safety critical components in aerospace applications using PBF-EB and PBF-LB, as well as numerous applications using DED. Matt has an extensive background in numerous technologies and specializes in leveraging conventional and AM technologies to achieve new innovations. He has also used AM in multiple hybrid technology applications such as using printed polymers in UAVs utilizing polymers and conductive inks,  including printing UAV wings with printed electronics antennae, and nanoceramic AM in gas turbine combustion. He has numerous inventions and patents in AM, AM support technologies such as laser power measurement and wireless sensors, and in gas turbine combustion. He has developed many critical safety and quality innovations that are broadly used in the industry and works to engage collaborations through the ASTM Center of Excellence to leverage R&D to advance standards for AM production implementation.